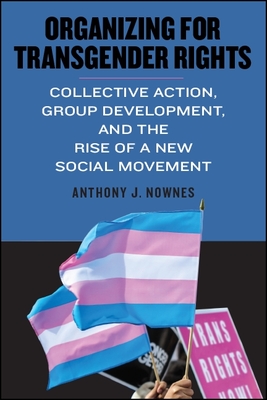 In recent years, gender-variant people-including those we now call transgender people-have won public policy victories that had previously seemed unwinnable: the American Psychiatric Association replaced the term "gender identity disorder" with "gender dysphoria" in the Diagnostic and Statistical Manual of Mental Disorders, the Department of Justice announced that discrimination on the basis of gender identity constituted sex discrimination, and the Department of Health and Human Services decided that it would no longer stop Medicare from covering gender reassignment surgery. What accounts for these and other victories? Anthony J. Nownes argues that a large part of the answer lies in the rise of transgender rights interest groups in the United States. Drawing on firsthand accounts from the founders and leaders of these groups, Organizing for Transgender Rights not only addresses how these groups mobilized and survived but also illuminates a path to further social change. Nownes shows how oppressed and marginalized people can overcome the barriers to collective action and form viable organizations to represent their interests even when their government continues to be hostile and does not.

Anthony J. Nownes is Professor of Political Science at the University of Tennessee, Knoxville. He is the author of Interest Groups in American Politics: Pressure and Power, Second Edition and Total Lobbying: What Lobbyists Want (and How They Try to Get It).