Michael Jackson and the Quandary of a Black Identity (Paperback) 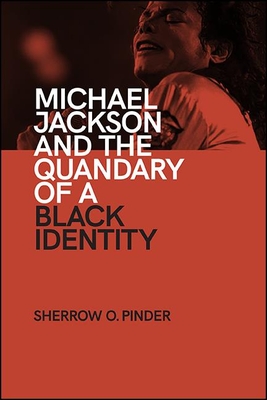 In Michael Jackson and the Quandary of a Black Identity, Sherrow O. Pinder explores the ways in which the late singer's racial identification process problematizes conceptualizations of race and the presentation of blackness that reduces blacks to a bodily mark. Pinder is particularly interested in how Michael Jackson simultaneously performs his racial identity and posits it against strict binary racial definitions, neither black nor white. While Jackson's self-fashioning deconstructs and challenges the corporeal notions of natural bodies and fixed identities, negative readings of the King of Pop fuel epithets such as weird or freak, subjecting him to a form of antagonism that denies the black body its self-determination. Thus, for Jackson, racial identification becomes a deeply ambivalent process, which leads to the fragmentation of his identity into plural identities. Pinder shows how Jackson as a racialized subject is discursively confined to a third space, a liminal space of ambivalence.

Sherrow O. Pinder is Professor of Political Science and Multicultural and Gender Studies at California State University, Chico. She has published several books, including Black Political Thought: From David Walker to the Present.