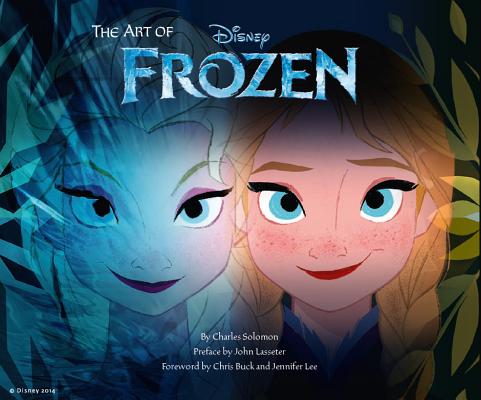 In Walt Disney Animation Studios upcoming film, Frozen, the fearless optimist Anna sets off on an epic journey—teaming up with rugged mountain man Kristoff—to find her sister Elsa, whose icy powers have trapped the kingdom of Arendelle in eternal winter. Encountering Everest-like conditions, Anna and Kristoff battle the elements in a race to save the kingdom. The Art of Frozen features concept art from the making of the film—including character studies and sculpts, color scripts, storyboards, and more—alongside interviews with the film's artists about the making of this comedy-adventure. © Disney

Charles Solomon is an animation historian and the author of several books, including The Art of Toy Story 3, Enchanted Drawings, and The Art and Making of Peanuts Animation.

Chris Buck directed the 2007 Oscar-nominated Surf's Up. His animation credits also include The Little Mermaid, The Rescuers Down Under, and Pocahontas. He is one of the directors of Frozen.

Jennifer Lee joined the Walt Disney Animation Studios as a screenwriter in the Spring of 2011, and was a writer on Wreck-It Ralph. She is one of the directors of Frozen.

"That The Art of Frozen is a visual treat goes without saying. There is the splendid art: the original sketches, concept paintings, storyboards, backgrounds, maquettes, and finished art; each piece identified to its artist. There are the photographs of mid-19th century Norwegian architecture and costumes used for art reference. There are the informative comments by the production staff. But more than most art-of books, The Art of Frozen describes the thinking that has made Frozen almost imperceptibly different from all of the other modern animated features.
The Art of . movie books are usually for those who have seen the movie. The Art of Frozen is so insightful as to what makes a good animated theatrical feature that even if you have not seen Frozen...you should really study this book. Don't just read it; study it!"
-Animation World Network