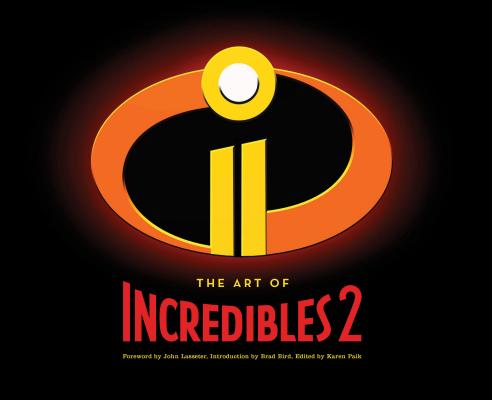 From Pixar's upcoming film Incredibles 2, this making-of book is a dive back into the beloved world of the Incredibles. The Art of Incredibles 2 explores Pixar's highly anticipated sequel through colorful artwork, energetic character sketches, intriguing storyboards, and spellbinding colorscripts.

Featuring gorgeous production art and interesting details from the production team about the making of the film, The Art of Incredibles 2 overflows with insights into the artistic process behind Pixar's engaging creative vision.

Brad Bird is a director of both live-action and animated films, including Academy Award®–winners Ratatouille and The Incredibles.

Karen Paik is the author of several books about Pixar and its films, including To Infinity and Beyond!: The Story of Pixar Animation Studios.

"The 'art of' series of books (Published by Chronicle Books) are the quintessential behind-the-scenes looks at a Pixar film. The Art of Incredibles 2 does not disappoint as the book dives into the characters, environments, vehicles and even has a section dedicated to outtakes (deleted scenes) from the film."
--Pixar Post

"If you're a fan of mid-century modern design, get your hands on The Art of Incredibles 2."
-Sioux City Journal

"Leafing through The Art of Incredibles 2 one notices the constant quest to mix modern design with retrofuturism, the main visual vocabulary of the franchise."
-Fumettologica

"A must for any Incredibles fan."
-Disney Nerds

"If you're a fan of Incredibles or just a fan of Pixar's animation process, you need this book. It's bursting with color and story and little nuggets of wisdom from Director Brad Bird that you can't find anywhere else."
-Ink and Fable

"If you're a fan of the movie, you'll love flipping through this art book... Definitely one I'd recommend to Incredibles fans."
-Geek Dad