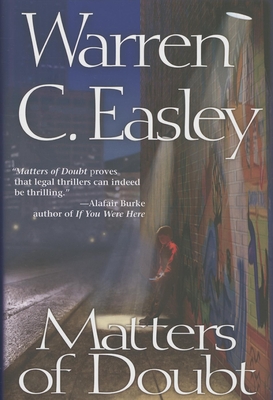 By Warren C. Easley
$24.95
Possibly out of print. Email or call to check availability and price.

This is book number 1 in the Cal Claxton Oregon Mysteries series.

Cal Claxton is determined to reinvent himself as a small town lawyer in the aftermath of his wife's suicide. Once a hard-charging L.A. prosecutor, he now lives in an old farmhouse overlooking the Oregon wine country. When a scruffy, tattooed kid shows up asking for help in solving his mother's cold case murder, Cal wants to say no. But the kid, who calls himself Picasso, has ridden a bike from Portland, and something about his determination touches Cal.

It turns out that Picasso is a gifted artist and one of the legions of street kids who are drawn to Portland's Old Town. Cal accepts Picasso as a client, but things quickly take an ugly turn when Picasso is charged with the murder of a major business figure. The evidence is overwhelming. Suddenly Cal finds himself back in the game, pitted against the police, the media, and some of Portland's most powerful citizens.