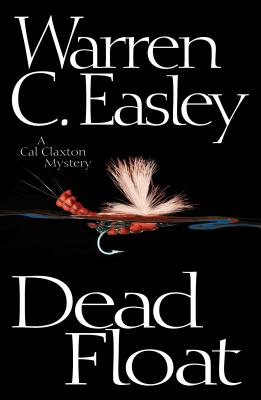 By Warren C. Easley
$22.99
Possibly out of print. Email or call to check availability and price.

This is book number 2 in the Cal Claxton Oregon Mysteries series.

Cal Claxton--a former LA prosecutor now practicing law in Oregon's wine country and who works to fish--has to pinch himself when his best friend Philip Lone Deer asks him to assist guiding a group of executives from a high tech firm in Portland. For a fly fisherman, it doesn't get any better than the salmon fly hatch on the Deschutes River, Oregon's legendary trout fishing venue.

The execs, however, aren't coming just to fish. They're engaging in a conflict-resolution exercise where the future of the firm is to be determined. And Cal learns, too late, that the company's CEO is bringing his wife, the woman with whom Cal had a fling after their last Lone Deer-guided fishing trip. Cal soon broke it off, but....

The trip through the remote Deschutes Canyon turns ugly when CEO Hal is murdered during the first night's camp. Everyone in the party is a suspect, especially Cal. And his knife and vest have disappeared. Does the fact that the company's value is about to explode play into the crime? What about the freight line running along the river? Could a hired killer have come and gone from the scene of the crime by hopping trains? As two local cops come down heavily on Cal, can he come up with a water-tight solution as he did in the tricky Portland case Matters of Doubt?