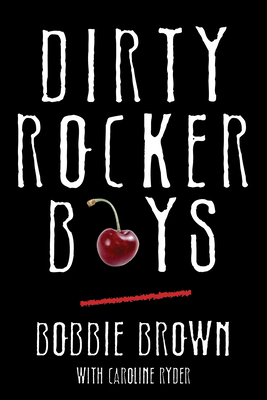 By Bobbie Brown, Caroline Ryder
$26.00
Possibly out of print. Email or call to check availability and price.

An uncensored Hollywood tell-all filled with explicit tales of love, sex, and revenge from the video vixen made famous by Warrant’s rock anthem “Cherry Pie.”

Who could forget the sexy “Cherry Pie” girl from hair metal band Warrant’s infamous music video? Bobbie Brown became a bona fide vixen for her playful role as the object of lead singer Jani Lane’s desires. With her windblown peroxide mane, seductive scarlet lips, and flirtatious curves, she epitomized every man’s fantasy. But the wide-eyed Louisiana beauty queen’s own dreams of making it big in Los Angeles were about to be derailed by her rock-and-roll lifestyle. . . .

After her tumultuous marriage to Jani imploded, and her engagement to fast-living Mötley Crüe drummer Tommy Lee ended in a drug haze—followed by his marriage days later to Pamela Anderson—Bobbie decided it was time Hollywood’s hottest bachelors got a taste of their own medicine. Step one: get high. Step two: get even.

In a captivating, completely uncensored confessional, Bobbie explicitly recounts her encounters with some of the most famous men in Hollywood: Leonardo DiCaprio, Kevin Costner, Mark McGrath, Dave Navarro, Sebastian Bach, Ashley Hamilton, Rob Pilatus of Milli Vanilli, Matthew and Gunnar Nelson, Orgy’s Jay Gordon, and many more. Who’s got the most titanic dick in Tinseltown? Whose bedroom did Bobbie (literally) set on fire? No man was off limits as the fun-loving bombshell spiraled into excess, anger, and addiction.

Bobbie survived the party—barely—and her riveting, cautionary comeback tale is filled with the wildest stories of sex, drugs, and rock and roll ever told.

Bobbie Brown is an American actress and model best known for starring in Warrant’s classic “Cherry Pie” video. In 2011, MSN.com featured Bobbie in the list of the top ten “women who’ve broken the most hearts in rock music.” Bobbie lives in Hollywood and is a star of the reality show Ex-Wives of Rock.

Caroline Ryder is a Los Angeles–based journalist and regular contributor to the Los Angeles Times, Variety, and LA Weekly. In 2010 she coauthored Kicking Up Dirt, the memoir of X Games motocross champion Ashley Fiolek.