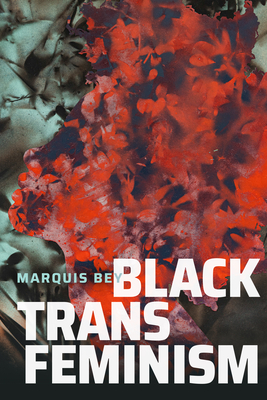 In Black Trans Feminism Marquis Bey offers a meditation on blackness and gender nonnormativity in ways that recalibrate traditional understandings of each. Theorizing black trans feminism from the vantages of abolition and gender radicality, Bey articulates blackness as a mutiny against racializing categorizations; transness as a nonpredetermined, wayward, and deregulated movement that works toward gender's destruction; and black feminism as an epistemological method to fracture hegemonic modes of racialized gender. In readings of the essays, interviews, and poems of Alexis Pauline Gumbs, jayy dodd, Venus Di'Khadija Selenite, and Dane Figueroa Edidi, Bey turns black trans feminism away from a politics of gendered embodiment and toward a conception of it as a politics grounded in fugitivity and the subversion of power. Together, blackness and transness actualize themselves as on the run from gender. In this way, Bey presents black trans feminism as a mode of enacting the wholesale dismantling of the world we have been given.

Marquis Bey is Assistant Professor of African American Studies and English at Northwestern University and author of The Problem of the Negro as a Problem for Gender, Anarcho-Blackness: Notes toward a Black Anarchism, and Them Goon Rules: Fugitive Essays on Radical Black Feminism.