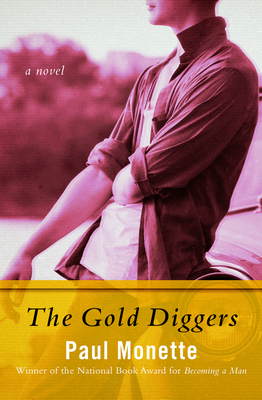 Paul Monette's uproarious, sexy novel takes us deep into the glamorous world of vintage Los Angeles Perched on top of a hill in the oldest part of Bel Air, Crook House is the grand mansion that gilded Hollywood dreams are made of. It seemed like the perfect place for the exhausted and neurotic Rita to take time away from her life and catch up with her old friend Peter and his lover, Nick. What she didn't count on was her friends' emotional baggage, not to mention the suspicious tales of a buried treasure underneath the house. This second novel from Paul Monette puts a tender focus on the ways in which money and time can distort relationships, while also demonstrating how the ties between friends can endure--and even grow stronger--no matter what the distance or history. As Rita, Nick, and Peter get closer to unraveling the mystery buried underneath Crook House, they begin to learn that what they are searching for could be the key to their very survival.

Paul Monette (1945-1995) was an author, poet, and gay rights activist. Born in Massachusetts and educated at Yale University, he moved with his partner Roger Horwitz to Los Angeles in 1978 and became involved in the gay rights movement. Monette's writing captures the sense of heartbreak and loss at the center of the AIDS crisis. His first novel, Taking Care of Mrs. Carroll, was published in 1978, and he went on to write several more works of fiction, poetry, and memoir. Borrowed Time: An AIDS Memoir, the tender account of his partner's battle with the disease, earned him both PEN Center West and Lambda Literary Awards. In 1992, Monette won the National Book Award in Nonfiction for Becoming a Man: Half a Life Story, an autobiography detailing his early life and his struggle with his sexuality. Written as a classic coming-of-age story, Becoming a Man became a seminal coming-out story. In 1995, Monette founded the Monette-Horwitz Trust, which honors individuals and organizations working to combat homophobia. Monette died in his home in West Hollywood in 1995 of complications from AIDS.