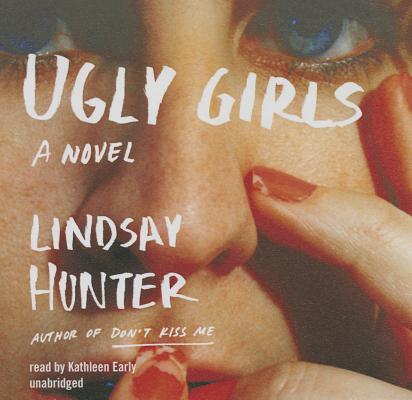 By Lindsay Hunter, Kathleen Early (Read by)
$69.00
Possibly out of print. Email or call to check availability and price.

With Ugly Girls, Lindsay Hunter delivers a powerful, voice-driven novel with the breakneck pace that people have come to expect from her.

The Chicago Tribune called her stories Mesmerizing...visceral...exquisite. The Boston Globe called them incredibly urgent. And now we have the great pleasure of Lindsay Hunter's searing, poignant, hilarious first novel.

Ugly Girls, at its core, is about the friendship between two girls, Perry and Baby Girl, and how that friendship descends into chaos, taking their world and the identities they hold dear with it. Their friendship is woven from the threads of never-ending dares and the struggle with power; their loyalty, something they attend to like a pet but forget to feed. Ugliness is something they trade between themselves, one ugly on the outside and one on the inside.

While the girls spend their nights sneaking out, stealing cars for joyrides, and eating french fries at the twenty-four-hour Denny's, danger lurks. Jamey is pining after Perry from behind the computer screen inside his mother's trailer. He's been watching the girls for a while, on Facebook and in person-though they've never seen him in the flesh-posing as a boy from a high school a couple of neighborhoods over. When they finally do meet Jamey face-to-face, they quickly realize he's far from a nice high school boy, and the girls will do whatever is necessary to protect themselves.