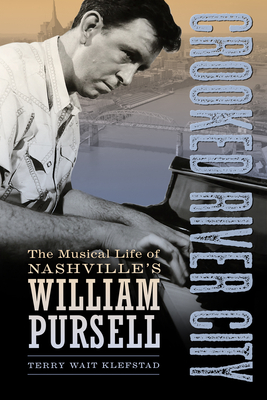 By Terry Wait Klefstad
$25.00
On Our Shelves Now

A pianist, arranger, and composer, William Pursell is a mainstay of the Nashville music scene. He has played jazz in Nashville's Printer's Alley with Chet Atkins and Harold Bradley, recorded with Johnny Cash and Patsy Cline, performed with the Nashville Symphony, and composed and arranged popular and classical music. Pursell's career, winding like a crooked river between classical and popular genres, encompasses a striking diversity of musical experiences. A series of key choices sent him down different paths, whether it was reenrolling with the Air Force for a second tour of duty, leaving the prestigious Eastman School of Music to tour with an R&B band, or refusing to sign with the Beatles' agent Sid Bernstein. The story of his life as a working musician is unlike any other--he is not a country musician nor a popular musician nor a classical musician but, instead, an artist who refused to be limited by traditional categories. Crooked River City is driven by a series of recollections and personal anecdotes Terry Wait Klefstad assembled over a three-year period of interviews with Pursell. His story is one not only of talent, but of dedication and hard work, and of the ins and outs of a working musician in America. This biography fills a crucial gap in Nashville music history for both scholars and music fans.