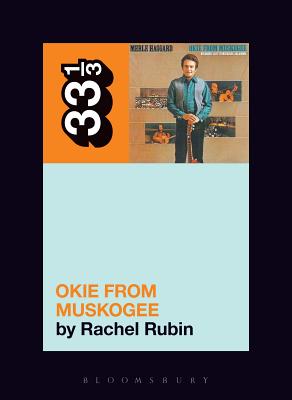 One of my favorite entries in the 33 1/3 series. Each chapter is devoted to a different misreading of Okie from Muskogee.

Every now and then, a song will grab the kind of attention that hosts conversations, debates, disputes, and brawls. Merle Haggard's Okie from Muskogee, released in 1969, is a prime example of that important role of popular music. Okie immediately helped to frame an ongoing conversation about region and class, pride and politics, culture and counterculture. But the conversation, useful as it was, drowned out the song itself, along with the other songs on the live album-named for Okie and performed in Muskogee-that Haggard has carefully chosen to frame what has turned out to be his most famous song. What are the internal clues for gleaning the intended meaning of Okie? What is the pay-off of the anti-fandom that Okie sparked (and continues to spark) in some quarters? What was Haggard's artistic path to that stage in Oklahoma, and how did he come to shape shape the industry so profoundly at the moment when, as Johnnie and Jack sang a decade earlier, "country music's gone to town?

Rachel Lee Rubin is Professor of American Studies at the University of Massachusetts Boston, USA, and Director of the Center for the Study of Humanities, Culture, and Society. She has published and taught extensively on popular music, popular culture, and culture of the American left. Rubin is a regular media commentator on popular culture and public affairs.