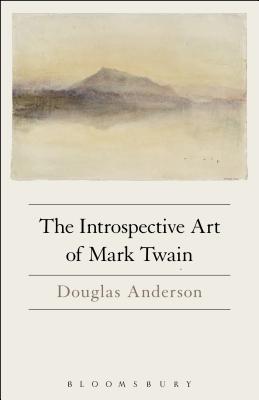 By Douglas Anderson
$36.95
Possibly out of print. Email or call to check availability and price.

The Introspective Art of Mark Twain is a major new assessment of a towering American writer. Seeking to trace the development of Mark Twain's imagination, Douglas Anderson begins near the end of Twain's life, with the long dialogue What Is Man? that Twain published anonymously in 1906. In Twain's view, the little-read What Is Man? lies at the heart of his creative life. It is the central aesthetic testament that he employed to tell the story of his artistic evolution. Anderson follows the contours of that story as it unfolds over Twain's career. The portrait that emerges addresses the full scope of Twain's achievement, drawing on his autobiographical and travel writings, as well as the published and unpublished works of fiction that are by now deeply embedded in the world literary canon.

"Steer by the river in your head," Mark Twain's master pilot, Horace Bixby, once advised him, when the opaque atmosphere of the outer world made it impossible to see the actual Mississippi through which Twain was trying to guide his steamboat. For the purposes of this book, the river in one's head is not a mental construct of the physical world but the riverine networks of consciousness itself: the river that is the mind. The detailed discussions of individual books that structure each chapter direct the attention of Mark Twain's students and admirers, through inward rather than outward channels, toward a fuller appreciation for his legacy.