Desert Borderland: The Making of Modern Egypt and Libya (Hardcover) 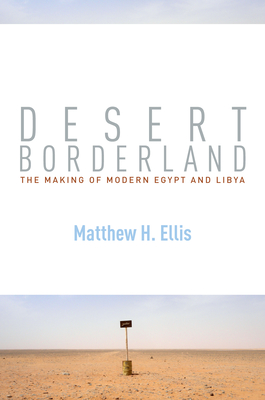 Desert Borderland investigates the historical processes that transformed political identity in the easternmost reaches of the Sahara Desert in the half century before World War I. Adopting a view from the margins--illuminating the little-known history of the Egyptian-Libyan borderland--the book challenges prevailing notions of how Egypt and Libya were constituted as modern territorial nation-states.

Matthew H. Ellis draws on a wide array of archival sources to reconstruct the multiple layers and meanings of territoriality in this desert borderland. Throughout the decades, a heightened awareness of the existence of distinctive Egyptian and Ottoman Libyan territorial spheres began to develop despite any clear-cut boundary markers or cartographic evidence. National territoriality was not simply imposed on Egypt's western--or Ottoman Libya's eastern--domains by centralizing state power. Rather, it developed only through a complex and multilayered process of negotiation with local groups motivated by their own local conceptions of space, sovereignty, and political belonging. By the early twentieth century, distinctive Egyptian and Libyan territorial domains emerged--what would ultimately become the modern nation-states of Egypt and Libya.