Gang Mom: The Evil Mother Whose Gang Secretly Preyed on a City (Paperback) 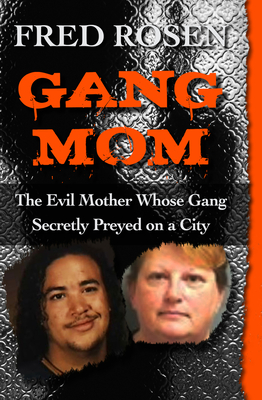 The shocking true story of Mary Thompson, a Eugene, Oregon, anti-gang activist who secretly ran her own murderous mob of teenagers--including her own son. Aaron Iturra was just eighteen years old when he was found dead in the bedroom of the Eugene, Oregon, home he shared with his mother and sister. Investigating the crime, Detective Jim Michaud found evidence pointing to an unlikely suspect: Mary Louise Thompson, also known as Gang Mom. Once a biker chick and police informer, she had become a locally famous anti-gang activist. Michaud soon learned Thompson was a modern-day Fagin who was running her own gang of juveniles--including her own son, Beau--which preyed on the unsuspecting city, dealing dope and burglarizing homes. When Thompson had found out Iturra planned to testify against Beau in a felony case, she put out a hit on him.

Fred Rosen, a former columnist for the Arts & Leisure section of the New York Times, is an award-winning author of true crime and history books, including Gold!, Did They Really Do It?, and Lobster Boy. He can frequently be seen on the Investigation Discovery network's Evil Kin and Evil Twins TV series, where he is a regular on-air commentator.