83 In the Shade (Paperback) 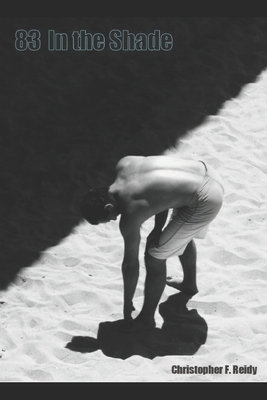 83 In the Shade is the story of Michael McNamara, 17 year old native of Stoningham, a suburb of Boston. Michael is gay and half in and half out of the closet. The story follows Michael through the summer of 1983; his experiences and adventures. First the bad news: Michael's best friend Sean "Scooter" O'Hanlon is missing in action; exiled for the summer to his father's house in Salem. Then, Michael's mother forces him to get a job at a local discount clothing retailer. And Michael, despite sex lurking in every corner of his life, never seems to be getting any for himself. This would drive any teen to distraction. Luckily, Michael makes some new friends who make his life a little less boring. First, there's Kiva Fleischmann; a nice Jewish boy who goes to the local high school. Through Kiva, Michael meets the mysterious and erotic "Mr. Z.", a randy and improper drama instructor. Michael is smitten. But that will have to wait; since Michael has two new lesbian friends: Cheryl, from work and Lisa. Lisa has a rock group and Michael finds himself part of the band when he exaggerates his musical abilities. Then there's Mr. Blanchard, Michael's boss, a big bear of a guy who Michael can't stop flirting with. All of these disparate strands come together and proceed to explode like fireworks at Lisa's momentous 4th of July party when her band makes their debut. After Michael makes the mistake of introducing Scooter to Mr. Z. the strength of his bond with his best friend is tested to its limit. We meet Lisa's family, The Rinaldi's: a tight-knit clan bursting at the seams with hot Italian men. And a charming Mama to keep them all in line. We also meet the rest of Michael's family, his macho, good-natured father. His stoner brother Tiger; and Van, Tiger's eccentric friend who Michael might truly be in love with. And Michael's mother Jane who Michael just can't seem to please.Michael, who narrates the story first hand, is a Pop-Culture lover and cinephile who often goes on tangents about his favorite movies; from Woody Allen's heady "Interiors" to the sheer camp of "Staying Alive." As well as skewering some of the sillier obsessions of 1983.In the classic tradition of coming of age stories, 83 In the Shade is sure to delight anyone who's ever been a teen-ager; no matter what their orientation is.cfreidy@gmail.com.

Christopher Reidy is from the Boston area. He attended Boston University where he studied TV and film which eventually led him to Los Angeles. There he did the Hollywood thing (which he wasn't particularly good at) and eventually met his partner Joseph. He was one of the cofounders of the short lived Off Hollywood Theatre Company which staged several of his original plays. 83 In the Shade is his first novel. He also dabbles in screenplays, toys with short stories, and flirts with poetry. Life brought him to bucolic Southwest Virginia where he now resides and is very active in community theatre. It may interest you to know Chris is officially an Irish citizen as well as an American. He also enjoys drawing and painting and looking after a passel of housecats and two turtles. cfreidy@gmail.com