The Influence of Sea Power Upon History (Paperback) 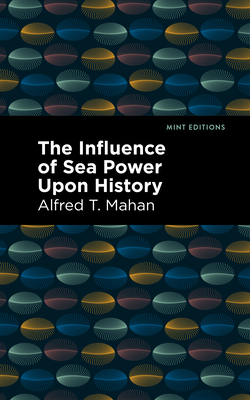 The Influence of Sea Power Upon History (1890) is a work of naval history and strategy by Alfred Thayer Mahan. Drawing on decades of experience as a naval officer, researcher, and university lecturer, Mahan develops his theory of sea power in the seventeenth and eighteenth centuries in this popular and important text. Despite a lack of primary sources, The Influence of Sea Power would prove essential to the expansion of European and American imperialism through the use of naval might and has been cited as one of the most influential works of the nineteenth century. "The history of Sea Power is largely, though by no means solely, a narrative of contests between nations, of mutual rivalries, of violence frequently culminating in war." For Alfred Thayer Mahan, there was no greater indicator of national might throughout history than control of the planet's oceans. In this detailed study of the subject, drawn from years of research and lectures given at the Naval War College in Rhode Island, Mahan traces the influence of sea power on such conflicts as the English Revolution and the Seven Years' War to argue that supremacy of the seas coincides with global commercial and political dominance throughout history. Immediately successful, The Influence of Sea Power Upon History would justify the expansion of imperialism as well as shape the naval arms race between Great Britain and Germany in the years preceding the First World War. With a beautifully designed cover and professionally typeset manuscript, this edition of Alfred Thayer Mahan's The Influence of Sea Power Upon History is a classic of naval strategic scholarship reimagined for modern readers.