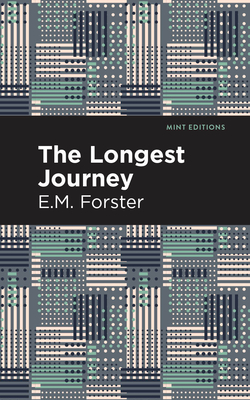 The Longest Journey (1907) is a novel by English author E.M. Forster. Despite its critical success, the novel was a commercial failure for Forster, but has since grown in reputation and readership to help cement his reception as one of twentieth century England's most talented writers.

Rickie Elliot enters Cambridge as a young man, exploring his interests in poetry and art and joining a circle of intellectuals centered around a philosopher named Stewart Ansell. An orphan, Rickie cherishes his small number of friends, including Agnes and her brother Herbert, who were his only companions as a youth. When Agnes's fianc dies in a football match, Rickie steps in to console her, and the two become engaged. Shortly afterward, a visit to Rickie's elderly Aunt leads to his discovery of a stepbrother named Stephen, and the young scholar is plunged into the past and forced to face his family's secret history. While Agnes, now his wife, encourages him to reject Stephen, Rickie struggles with his feelings and takes his frustration out on his pupils at the dormitory school where he has been appointed to teach classics. Cut off from his Cambridge friends, and growing apart from Agnes, Rickie makes an effort to connect with Stephen, who has grown to be a troubled young man. Between literary fame and married life, the bonds of family and friendship, Rickie's story of hardship and personal development poses poignant questions regarding social conventions, infidelity, and the life of a struggling artist. The Longest Journey is a powerful bildungsroman and the second novel published by English literary icon E.M. Forster.

With a beautifully designed cover and professionally typeset manuscript, this edition of E.M. Forster's The Longest Journey is a classic of English literature reimagined for modern readers.