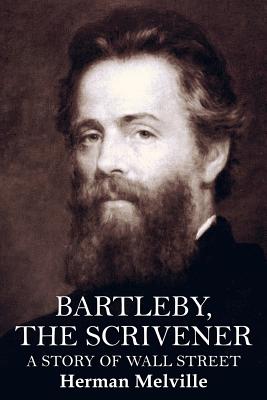 "I would prefer not to."
--- Herman Melville, Bartleby, the Scrivener "Ah, happiness courts the light so we deem the world is gay. But misery hides aloof so we deem that misery there is none."
--- Herman Melville, Bartleby, the Scrivener "Bartleby, the Scrivener: A Story of Wall Street" (1853) is a short story by the American writer Herman Melville, first serialized anonymously in two parts in the November and December editions of Putnam's Magazine, and reprinted with minor textual alterations in his The Piazza Tales in 1856. Numerous essays are published on what according to scholar Robert Milder "is unquestionably the masterpiece of the short fiction" in the Melville canon. Reception Though no great success at the time of publication, "Bartleby the Scrivener" is now among the most noted of American short stories. It has been considered a precursor of absurdist literature, touching on several of Franz Kafka's themes in such works as "A Hunger Artist" and The Trial. There is nothing to indicate that the Bohemian writer was at all acquainted with the work of Melville, who remained largely forgotten until some time after Kafka's death. Albert Camus, in a personal letter to Liselotte Dieckmann published in The French Review in 1998, cites Melville as a key influence.

Herman Melville (1819 - 1891) Herman Melville (August 1, 1819 - September 28, 1891) was an American novelist, short story writer, essayist, and poet. He is best known for his novel Moby-Dick. His first three books gained much contemporary attention (the first, Typee, became a bestseller), but after a fast-blooming literary success in the late 1840s, his popularity declined precipitously in the mid-1850s and never recovered during his lifetime.