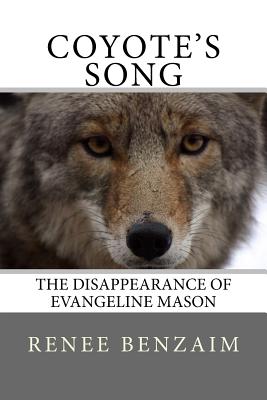 There was a legend among the Sierra Band of Miwok Indians. It said that a female would someday become the Shaman of the band and she would reunite the Miwok Indians and make them strong again. Many people believed in the legend at first but, throughout the years, less and less Miwoks even remembered the legend and it didn't get passed down to the newer generations. At least, not to all of them. There were a few who still remembered, and waited. The old Shaman was one of the believers, but one day he walked into the mountains and was never seen again. Everyone thought he had gone away to die. The band dwindled after that. They had a chief who was strong, but the young people left, especially those who lived in the isolated mountain town of West Point, California. There was nothing there for them. Then, one day in 1989, a little Miwok girl disappeared from her front yard on the reservation.

I remember the first long story I ever wrote. I was in the third grade and my teacher, Miss Steere, asked us each to write a story about something in history. I chose to write about the Donner party and the tragedies that befell them as they tried to make it to the Wild West. I went on and on. I had so much fun and made up stories about the people and conversations between the people on the wagon train. It was like a game to me. It didn't occur to me that I wanted to be a writer when I grew up. I wasn't even old enough to understand what it meant to be grown up. Throughout school, whenever I had to write something, I always enjoyed my assignments. I wrote about the Salem Witches when I was in high school and it was exciting to make up "real" people who lived then and, unfortunately, died. So what did I do when I became a 'grown up'? I worked as an accountant, secretary, draftsman of pre-fab metal buildings. I studied Criminal Justice and worked at the Stanislaus County Sheriff's Department for a time. I ended up with a career as a paralegal. Well, that wasn't too bad. It encompassed a lot of research and writing and, in the meantime, I had actually written short stories, poetry, and two unpublished novels. I did have one non-fiction piece published in a magazine in the 80s. Yippee! Finally, I said "enough", quit everything, took early retirement, and followed my dream. Now, I'm a writer. I love my life, and I hope you enjoy reading my books as much as I enjoy writing them. I have a lot of fun with my characters and stories. To me, they're real people and my joy is to share them with you and the rest of the world.