The Tale of Peter Rabbit (Paperback) 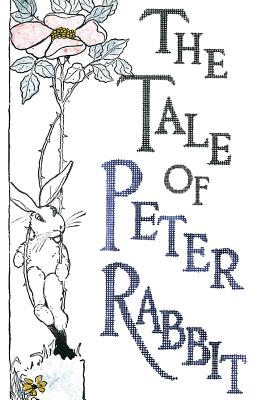 The quintessential cautionary tale, Peter Rabbit warns naughty children about the grave consequences of misbehaving. When Mrs. Rabbit beseeches her four furry children not to go into Mr. McGregor's garden, the impish Peter naturally takes this as an open invitation to create mischief. He quickly gets in over his head, when he is spotted by farmer McGregor himself. Any child with a spark of sass will find Peter's adventures remarkably familiar. And they'll see in Flopsy, Mopsy, and Cotton-tail that bane of their existence: the "good" sibling who always does the right thing. One earns bread and milk and blackberries for supper, while the obstinate folly of the other warrants medicine and an early bedtime.

Helen Beatrix Potter was an English author, illustrator, natural scientist, and conservationist best known for her children's books featuring animals such as those in The Tale of Peter Rabbit. Born into a privileged household, Potter was educated by governesses and grew up isolated from other children. She had numerous pets and spent holidays in Scotland and the Lake District, developing a love of landscape, flora and fauna, all of which she closely observed and painted. Her parents discouraged her intellectual development as a young woman, but her study and watercolors of fungi led to her being widely respected in the field of mycology. In her thirties, Potter published the highly successful children's book, The Tale of Peter Rabbit. Potter began writing and illustrating children's books full time. With the proceeds from the books and a legacy from an aunt, Potter bought Hill Top Farm in Near Sawrey, a village of Lancashire in the Lake District in 1905. Over the following decades, she purchased additional farms to preserve the unique hill country landscape. In 1913, at the age of 47, she married William Heelis, a respected local solicitor from Hawkshead. Potter was also a prize-winning breeder of Herdwick sheep and a prosperous farmer keenly interested in land preservation. She continued to write and illustrate, and to design spin-off merchandise based on her children's books for Warne, until the duties of land management and her diminishing eyesight made it difficult to continue. Potter wrote about 30 books; the best known being her 23 children's tales. She died of pneumonia and heart disease on 22 December 1943 at her home in Near Sawrey (Lancashire) at age 77, leaving almost all her property to the National Trust. She is credited with preserving much of the land that now comprises the Lake District National Park. Potter's books continue to sell throughout the world in many languages with her stories being retold in song, film, ballet, and animation, and her life depicted in a feature film and television film.