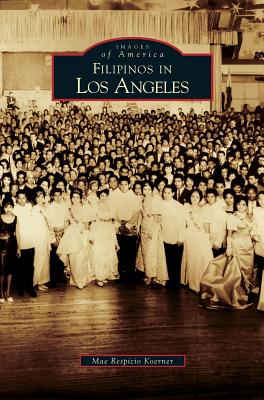 By Mae Respicio Koerner
$31.99
Not in stock. Available To Order.

The year 2006 marked the centennial of Filipino migration to the United States, when 15 migrant workers called sakadas arrived in Hawaii to work on the islands' sugar plantations. Today the largest concentration of Filipinos outside of the Philippines exists in Southern California. In the 1920s, the first substantial wave of newcomers settled in downtown Los Angeles, eventually migrating to areas just northwest of downtown, a district now designated by the city as Historic Filipinotown. The majority of early Filipino settlers were males who found employment in service-oriented industries, including work as janitors, dishwashers, and houseboys. Filipino Americans now contribute to all aspects of life and culture and live in virtually every Los Angeles neighborhood and suburb, including Eagle Rock, Cerritos, Glendale, Carson, and West Covina.