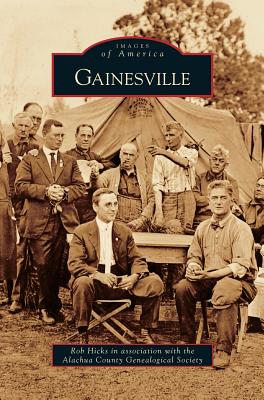 Gainesville, Florida, has grown from a small agricultural community in the north-central part of the state to a thriving city. Many people have had a hand in Gainesville's evolution. After befriending the Timucuan Indians, who had originally inhabited the region, the Spanish began recruiting other settlers to move to the area. Despite those valued contributions, however, the people who brought the railroad to Gainesville deserve the most credit for giving the town its start. Soon after tracks were laid through the city, small businesses sprouted and opportunities for new industries arose. The city's population expanded along with its economic growth, and more people began to witness the unique potential of Gainesville. In 1905, the city became home to the University of Florida, and a rich educational heritage began. The university brought great attention to the town and subsequently made Gainesville one of the most important cities in the state and one of the most prominent educational epicenters in the South.