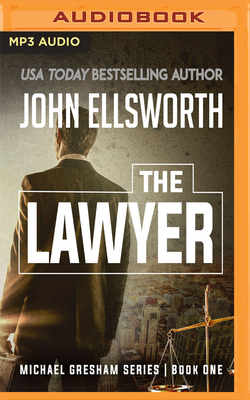 By John Ellsworth, Stephen Hoye (Read by)
$9.99
Possibly out of print. Email or call to check availability and price.

This is book number 1 in the Michael Gresham series.

Found not guilty but kills again? And you got him off?

Michael Gresham is a criminal attorney with a brother who won't take his meds, an ex-wife who wants him to finance her fertility costs, and a client accused of murdering the wife of a judge. As the story progresses, the brother is being hunted down by MexTel, a huge conglomerate that wants him dead, and the ex-wife's new husband wants to borrow money, while the judge whose wife was murdered suddenly tries to hire Michael Gresham for himself. Can an attorney who feels like he's slowing down with age (55) still succeed in court against younger, more aggressive lawyers? Can Michael Gresham turn the tables on those who would see him dead? And who is going to pay him for the injury and disfigurement they caused him?

One innocent client who looks more guilty with each new violent act...

Watch up close as a young defendant who many thought to be low IQ begins to emerge from his silence and withdrawal to become a powerful force that finally must be dealt with.

Watch as a lonely attorney finally meets someone

Romance begins to bloom on rocky soil and Michael's hope is rekindled despite disfiguring injuries he has suffered.

One courtroom thriller that curls around and surprises even the most keen listeners...

A legal thriller sure to satisfy the most demanding listeners of legal fiction and lawyer novels. For the fans of John Grisham and Michael Connelly, the novels of John Ellsworth are burning up the Amazon charts with over 400,000 downloads in the first 16 months of publication. Be one of the first in your group to discover this amazing writer and his long list of books and exciting characters.