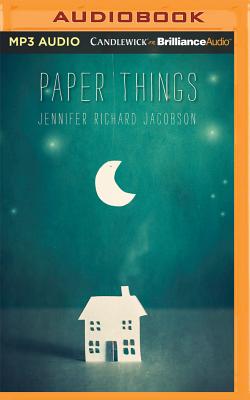 By Jennifer Richard Jacobson, Kate Rudd (Read by)
$9.99
Possibly out of print. Email or call to check availability and price.

When Ari's mother died four years ago, she had two final wishes: that Ari and her older brother, Gage, would stay together always, and that Ari would go to Carter, the middle school for gifted students. So when eigheeen-year-old Gage decided he could no longer live with their bossy guardian, Janna, Ari knew she had to go with him--even though she'd miss baking cookies with Janna and curling up to watch HGTV. What Ari didn't realize was that Gage didn't have an apartment yet.

He and Ari have been "couch surfing," staying with Gage's friend in his tiny apartment, crashing with Gage's girlfriend and two roommates, and if necessary, sneaking into a juvenile shelter to escape the cold Maine nights. But all of this jumping around makes it hard for Ari to keep up with her schoolwork, never mind her friendships, and getting into Carter starts to seem impossible. Will Ari be forced to break one of her promises to Mama?

Told in an open, authentic voice, this nuanced story of hiding in plain sight may have listeners thinking about homelessness in a whole new way.