The Enduring Struggle: The History of the U.S. Agency for International Development and America's Uneasy Transformation of the World (Hardcover) 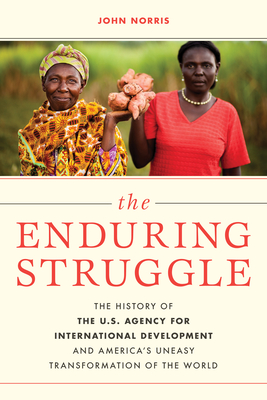 US Foreign aid is one of the most misunderstand functions of our federal government. Consuming less than 1% of the federal government budget, it has nonetheless played an outsized role in political debate. At the center of this controversy and misunderstanding has been the U.S. Agency for International Development, or AID, the government agency created during the Kennedy administration to administer America's foreign assistance programs, an often-conflicted behemoth with a presence spanning the globe. In this book, journalist and foreign policy expert John Norris provides a compelling and rich story of AID, warts and all. There have been moments of enormous triumph: the eradication of smallpox, the Green Revolution, efforts to bring family planning to millions of women for the first time. There have also been florid, headline-grabbing failures in places like Vietnam and Iraq, missteps born out of ignorance and ethnocentrism, and money that flowed into the coffers of despots like President Mobutu in Zaire. In totality, the work of AID has touched millions and millions of lives in ways that have been truly profound, both good and bad. On the Eve of AID's 60th anniversary, Norris shares history on an almost epic scale that remains largely untold.

John Norris has served in a variety of senior roles in government, international institutions, and nonprofits. In 2014, he was appointed by President Barack Obama to the President's Global Development Council, a body charged with advising the administration on effective development practices. Norris currently works at the Bill and Melinda Gates Foundation.