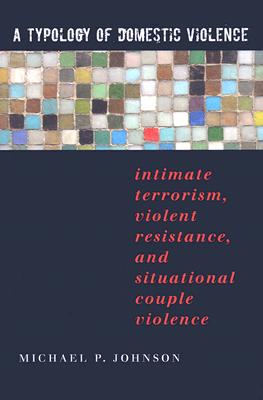 Domestic violence, a serious and far-reaching social problem, has generated two key debates among researchers. The first debate is about gender and domestic violence. Some scholars argue that domestic violence is primarily male-perpetrated, others that women are as violent as men in intimate relationships. Johnson's response to this debate--and the central theme of this book--is that there is more than one type of intimate partner violence. Some studies address the type of violence that is perpetrated primarily by men, while others are getting at the kind of violence that women areinvolved in as well. Because there has been no theoretical framework delineating types of domestic violence, researchers have easily misread one another's studies.The second major debate involves how many women are abused each year by their partners. Estimates range from two to six million. Johnson's response once again comes from this book's central theme. If there is more than one type of intimate partner violence, then the numbers depend on what type you're talking about.Johnson argues that domestic violence is not a unitary phenomenon. Instead, he delineates three major, dramatically different, forms of partner violence: intimate terrorism, violent resistance, and situational couple violence. He roots the conceptual distinctions among the forms of violence in an analysis of the role of power and control in relationship violence and shows that the failure to make these basic distinctions among types of partner violence has produced a research literature that is plagued by both overgeneralizations and ostensibly contradictory findings. This volume begins the work of theorizing forms of domestic violence, a crucial first step to a better understanding of these phenomena among scholars, social scientists, policy makers, and service providers.