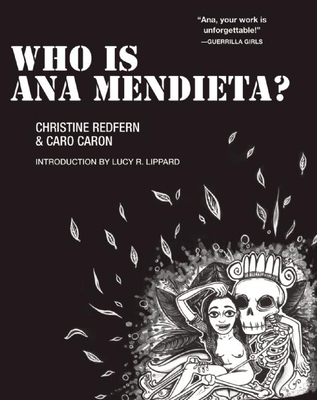 This fiery account of Ana Mendieta is also a snapshot of the turbulent times in which she lived. In exile from revolutionary Cuba, Ana Mendieta found in the 1960s US another kind of social upheaval: Frida Kahlo was finally being appreciated as an artist, not just a muse; Valerie Solanas wrote her manifesto, then shot Andy Warhol; Carolee Schneemann performed nude and pulled a feminist scroll out of her vagina. And Ana Mendieta began creating what she called earth-body art, revolutionary work that explored issues of gender and cultural activity. In 1985, at the height of her success, she plunged to her death from the window of the New York City apartment she shared with her husband, artist Carl Andre. He was tried and acquitted of her murder. These vibrantly drawn pages chronicle how the women's art movement changed the way we look at the female body in art and in the world. Redfern and Caron bring luminaries and the conflicts that inspired them to blazing life, telling us not only who is Ana Mendieta, but why we need to know.