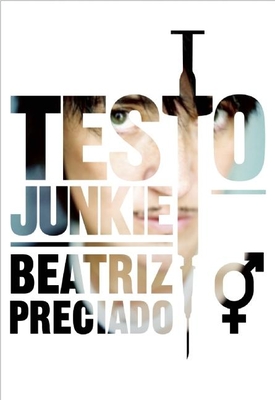 For one year Beatriz Preciado gave doses of testosterone to herself every day. She writes: I don't take testosterone to transform myself into a man but to betray what society has wanted to make of me . . . to feel a form of pleasure that is post-pornographic, to add a molecular prostheses to my low-tech transgendered identity.

On one level, this book is a diary of transgression--Preciado's record of the use of herself as a lab rat. It recounts the defiant misuse of a pharmaceutical product normally monitored under the strictest conditions by medical professionals. On another level, Testo Junkie is a penetrating investigation into identity itself and how much of it is mediated, controlled, and, indeed, produced, by medical and pharmacologic pressures.

Pulsing with ideas that come from Preciado's unique perspectives on queer politics and theory, Testo Junkie develops into an analysis of the cultural signification of the human body in an era that she refers to as pharmaco-pornographic.

Beatriz Preciado has become one of the leading thinkers in the study of gender and sexuality. A professor at the Universit de Paris VIII, she is also the author of Manifesto contra-sexual, a queer theory classic, and Pornotop a: Architecture and sexuality in Playboy during the Cold War, which has been named a finalist for the Anagrama Essay Prize. She received her PhD at Princeton and her masters in contemporary philosophy and gender theory at the New School for Social Research in New York.