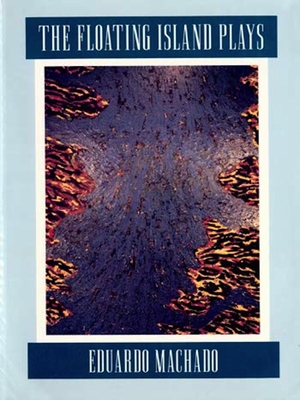 "Though his work is intimate in scale, the tale it implicitly tells is of epic historical dimensions, involving sweeping political, economic, social and religious change." -Frank Rich, New York Times

In the Floating Island Plays Cuban-American dramatist Eduardo Machado explores the meaning of his homeland's history. This tragi-comic quartet tells the twentieth-century story of several extended families, linked by marriage and then by exile in the United States.

The Modern Ladies of Guanabacoa shows one family's climb to wealth in the Cuba of 1928-31. Castro's seize of power is the offstage catalytic event in both Fabiola and In the Eye of the Hurricane. Broken Eggs takes place at a southern California wedding in 1979 and reveals the complexities of life in America for three generations of displaced persons. Machado's vision is Chekhovian in its complexity, in its balance of criticism and compassion. The story he tells is at once political drama and social comedy, speaking directly to every citizen of the modern world who can't go home again.

Eduardo Machado was born in Cuba and came to the United States when he was nine, growing up in Los Angeles. He is the author of more than forty plays, including In the Eye of the Hurricane, Once Removed and Stevie Wants to Play the Blues. Machado has taught playwriting at Sarah Lawrence College, Columbia University, and New York University. He has received three National Endowment for the Arts fellowships and a Rockefeller grant.