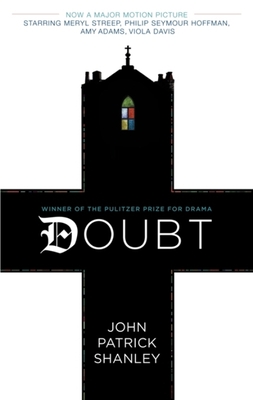 By John Patrick Shanley
$13.95
Possibly out of print. Email or call to check availability and price.

"The best new play of the season. That rarity of rarities, an issue-driven play that is unpreachy, thought-provoking, and so full of high drama that the audience with which I saw it gasped out loud a half-dozen times at its startling twists and turns. Mr. Shanley deserves the highest possible praise: he doesn't try to talk you into doing anything but thinking-hard-about the gnarly complexity of human behavior."--Terry Teachout, The Wall Street Journal

"#1 show of the year. How splendid it feels to be trusted with such passionate, exquisite ambiguity unlike anything we have seen from this prolific playwright so far. In just ninety fast-moving minutes, Shanley creates four blazingly individual people. Doubt is a lean, potent drama . . . passionate, exquisite, important and engrossing."--Linda Winer, Newsday

John Patrick Shanley is the author of numerous plays, including Danny in the Deep Blue Sea, Dirty Story, Four Dogs and a Bone, Psychopathia, Sexualis, Sailor's Song, Savage in Limbo, and Where's My Money? He has written extensively for TV and film, and his credits include the teleplay for Live from Baghdad and screenplays for Congo; Alive; Five Corners; Joe Versus the Volcano, which he also directed; and Moonstruck, for which he won an Academy Award for best original screenplay.

John Patrick Shanley is from the Bronx. He was thrown out of St. Helene's kindergarten, banned from St. Anthony's hot lunch program and expelled from Cardinal Spellman High School. When asked why he had been treated in this way, he burst into tears and said he had no idea. Then he went into the Marine Corps. He did fine. He is still doing ok.