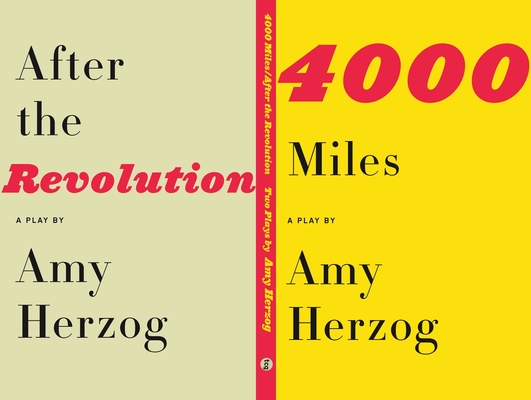 After the Revolution is a smart, funny and provocative play. . . . Herzog deftly avoids simple-minded polemics in favor of richly detailed people who are as ready to examine their relationships as they are their consciences.--Variety

Known for delicately detailed character studies that subtly balance humor and insight, Amy Herzog is swiftly emerging as a striking new voice in the American theater. After the Revolution, an astute and ironic drama about how society appropriates history for its own psychological needs, was heralded by The New York Times as one of the Ten Best New Plays of 2010. Herzog's other critical hit, 4000 Miles, is a quiet rumination on mortality in which twenty-one-year-old Leo seeks solace from his feisty ninety-one-year-old grandmother Vera in her New York apartment.