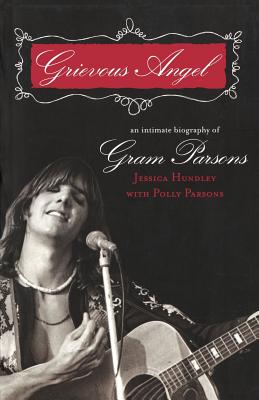 By Jessica Hundley, Polly Parsons (With)
$16.99
Not in stock. Available To Order.

There has never been a better time for a book on Gram Parsons. At the thirty-year anniversary of his death, his sound, a mix of country and rock 'n' roll, is absolutely everywhere. Popular musicians of today trace their inspiration to pick up a guitar to when they first heard his music. His songs and his style have had a lasting effect on the music of our time. Now, together with Parsons's daughter, Polly, Jessica Hundley has created an intimate and extensive biography that brings together never-before-seen photos and illustrations, unpublished letters, and in-depth interviews with some of the many artists whose work was shaped by Parsons, including Keith Richards, Emmylou Harris, Wilco, and Ryan Adams, among many others. Grievous Angel is the tribute that the legions of Parsons fans have been waiting for—a book that brings to life the story of the Southern boy who revolutionized the way music sounds.

Jessica Hundley has been a freelance writer for the past decade, specializing in film and music journalism. She has interviewed numerous actors, directors, and musicians for a variety of publications such as the Los Angeles Times, Premiere, Blender, Mojo, Interview, BlackBook, and The Guardian, among many others. She lives in Los Angeles.