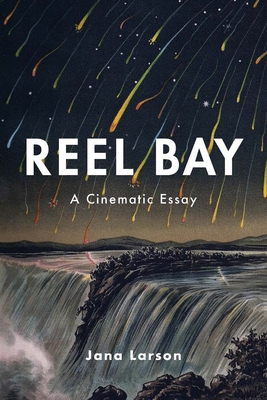 What was Takako Konishi really doing in North Dakota, and why did she end up dead? Did she get lost and freeze to death, as the police concluded, while searching for the fictional treasure buried in a snowbank at the end of the Coen Brothers' film Fargo? Or was it something else that brought her there: unrequited love, ritual suicide, a meteor shower, a far-flung search for purpose? The seed of an obsession took root in struggling film student Jana Larson when she chanced upon a news bulletin about the case. Over the years and across continents, the material Jana gathered in her search for the real Takako outgrew multiple attempts at screenplays and became this remarkable, genre-bending essay that leans into the space between fact and fiction, life and death, author and subject, reality and delusion.

Jana Larson holds an MFA in Creative Nonfiction Writing from Hamline University, where she studied with Barrie Jean Borrich (My Lesbian Husband), Patricia Weaver Francisco (Telling: A Memoir of Rape and Recovery), and Jim Moore; an MFA in Filmmaking from the University of California, San Diego; and a BA in Anthropology from the University of California, Santa Cruz. As a filmmaker, she has received awards from the Princess Grace Foundation and the Minnesota State Arts Board and shown her work at festivals and the Walker Art Center. She lives in Minneapolis, Minnesota.