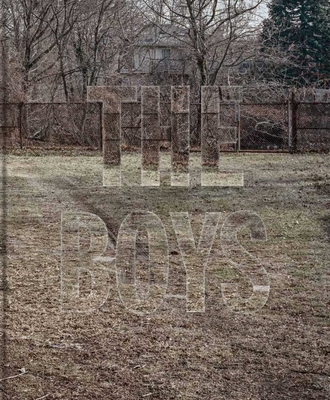 When two old friends died unexpectedly, Rick Schatzberg spent the next two years photographing the remaining group of a dozen men. Now in their 67th year, they have been close since early childhood. Schatzberg collected vintage photos that tell the story of this shared history and uses them to introduce each individual as they are today. These are paired with large-format portraits which connect the boy to the man. Mixing in text with these images, Schatzberg depicts friendship, aging, loss, and memory as the group arrives at the threshold of old age.

The Boys juxtaposes elements of place, personal history, and identity. The people and locale described are a specific product of the mid-20th-century suburban American landscape, but the book’s themes are radically universal.

Rick Schatzberg is a photographer and author based in Norfolk, CT and Brooklyn, NY.  His first monograph, Twenty Two North, was awarded first prize at Australia’s Ballarat Foto International Biennale in 2015. He holds an MFA in photography from the University of Hartford.

Rick Moody is the author of the award-winning memoir The Black Veil, the novels Hotels of North America, The Four Fingers of Death, The Diviners, Purple America, The Ice Storm, Garden State, and multiple collections of short fiction. Moody is the recipient of a Guggenheim Fellowship, and his work has been anthologized in Best American Stories, Best American Essays, and the Pushcart Prize anthology. He lives in Rhode Island.

"Schatzberg’s portraits are both poetic and forensic – and, in their unflinching depiction of physical ageing, a riposte to a culture that is more often defined by the youth-fixated values of fashion and commerce. Perhaps for these very reasons, they seem defiant as well as poignant...Intriguingly, these formal portraits are literally embedded in the book, concealed behind gatefolds that have to be opened out. This makes them appear almost clandestine, but it also dramatically disrupts the diaristic flow of the snapshots, which convey an early 1970s suburban America that seems like a continuation of the hippy 60s – long hair, check shirts, denim and dope. Throughout, Schatzberg’s often incisive prose undercuts the idyll.”
— Sean O'Hagan

"Schatzberg's story is undoubtedly a personal one - a story confined in time and space, yet, it is much more than this. The book speaks of the strenuous fight against death, one that we humans believe we can win - supported by photography and its seeming immortality. It speaks of those who leave us and of those who stay. It speaks about those people that are transformed into images and disappear from the concreteness of our lives. After diving into this book, I can't help but think about the future of my own life's memories. I dare you not to."
— Rica Cerbarano

“The Boys is a genius book, profoundly moving in the way it holds up past and present simultaneously and lets us consider them both in the same moment …”
— W. Scott Olsen

“Schatzberg’s photography both acknowledges and undermines the fragile notion of masculinity and what a man should be: his subjects often stand defiant, yet their relative dotage is highlighted in sharp relief to shots of them in their prime.”

“[The Boys] is a monument and tribute to an often neglected species – the aging male. The so-called ‘gaze’ of the male looking back upon his particular ‘old times’ marked by youthful feelings of invincibility and permanency is now tinged heavily with the realization of finiteness.”

"... the boys and the girls of the future can look at this beautiful book and know that even ghost stories can have happy endings."
— B.A. Van Sise

"The Boys is a meditation on nostalgia, providing an overwhelming sense of contemplation. Between images both new and old, lost and found, Schatzberg’s friends relive their youth in between the present. Memory is exchanged, and for a second, time stands still."
— Isaac Huxtable

"At first look, we see old photos of times and places from the past. But on closer inspection, gatefolds open, revealing unflinching portraits of Schatzberg’s remaining friends. It is both a look into the past and an acknowledgment of the present. We are here. We were there. Time has changed, and so have we."
— Kenneth Dickerman

"Beautifully detailed colour portraits of his friends each posed, many naked from the waist up, their biographies evident in the very folds of their skin, and tone and texture of their hair. A sense of melancholy emanating from some, from others a mischievous twinkle in eyes that remain young at heart."
— Robin Titchener

“Rick Schatzberg’s The Boys, beautifully and honestly, brings me into the intimacy and vulnerability of guys, of manhood, of the friendship of men, sometimes a mystery to me, a woman. And to the bittersweet and complex later-in-life feelings and stories, of growing older but also closer, of losing but gaining and learning, the stories of men, and of all of us.”

"…Schatzberg’s intimate and honest photos of these men are not only about what they will mean now, but also about what they will mean later. To live in this kind of expectation, the kind that speaks of the end-stages of aging in the midst of aging, is to be unflinching. Schatzberg’s sequence does exactly this, and the text, which mirrors the high and low of the images in being by turns poetical and diaristic, formal and informal, literary and colloquial, he has created his eulogy for both a youth long gone, and for the deaths of friends and loved ones yet to happen, his own included.”
— Rick Moody