The Suitors: A Novel (Hardcover) 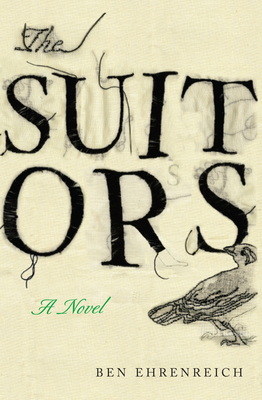 By Ben Ehrenreich
$23.00
Possibly out of print. Email or call to check availability and price.

Very loosely based on The Odyssey, this wildly inventive, skillfully crafted novel follows the eyebrow-raising exploits of one woman's much-maligned, ill-fated suitors.

While the Odysseus character (herein named Payne) gallivants around, waging war and otherwise taking his time on the voyage home, the Penelope character (now Penny) finds herself surrounded by a motley crew of ne'er-dowells eager for nothing but her attention. She, however, cannot be bothered with anything but her memories of Payne. That is, until the mysterious arrival of a man whose origins no one on the scene can quite divine. When Penny starts taking a shine to him, the tenuous calm on the home front quickly starts to unravel. Full of ideas but with never a dull moment, The Suitors heralds the debut of an exciting new literary voice.

Ben Ehrenreich writes about climate change for The Nation. His work has appeared in Harper's Magazine, The New York Times Magazine, the London Review of Books, and Los Angeles magazine. In 2011, he was awarded a National Magazine Award. His last book, The Way to the Spring: Life and Death in Palestine, based on his reporting from the West Bank, was one of The Guardian's Best Books of 2016. He is also the author of two novels, Ether and The Suitors.