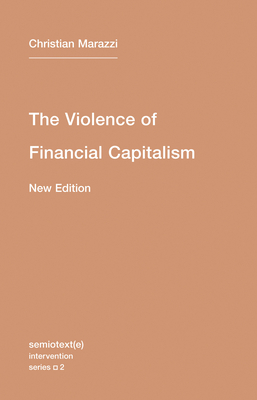 An updated edition of a groundbreaking work on the global financial crisis from a postfordist perspective.

The 2010 English-language edition of Christian Marazzi's The Violence of Financial Capitalism made a groundbreaking work on the global financial crisis available to an expanded readership. This new edition has been updated to reflect recent events, up to and including the G20 summit in July 2010 and the broad consensus to reduce government spending that emerged from it. Marazzi, a leading figure in the European postfordist movement, argues that the processes of financialization are not simply irregularities between the traditional categories of wages, rent, and profit, but rather a new type of accumulation adapted to the processes of social and cognitive production today. The financial crisis, he contends, is a fundamental component of contemporary accumulation and not a classic lack of economic growth. Marazzi shows that individual debt and the management of financial markets are actually techniques for governing the transformations of immaterial labor, general intellect, and social cooperation. The financial crisis has radically undermined the very concept of unilateral and multilateral economico-political hegemony, and Marazzi discusses efforts toward a new geomonetary order that have emerged around the globe in response. Offering a radically new understanding of the current stage of international economics as well as crucial post-Marxist guidance for confronting capitalism in its newest form, The Violence of Financial Capitalism is a valuable addition to the contemporary arsenal of postfordist thought. This edition includes the glossary of the esoteric neolanguage of financial capitalism—”Words in Crisis,” from “AAA” to “toxic asset”—written for the first English-language edition, and offers a new afterword by Marazzi.