The Sting: A Novel Approach to Cinema (Deep Focus #3) (Paperback) 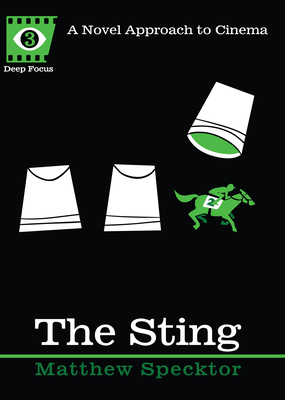 By Matthew Specktor, Sean Howe (Editor)
$12.95
Possibly out of print. Email or call to check availability and price.

From Melville to Madoff, the Confidence Man is an essential American archetype. George Roy Hill’s 1973 film The Sting treats this theme with a characteristic dexterity. The movie was warmly received in its time, winning seven Academy Awards, but there were some who thought the movie was nothing more than a slight throwback. Pauline Kael, among others, felt Hill’s film was mechanical and contrived: a callow and manipulative attempt to recapture the box-office success of Robert Redford and Paul Newman’s prior pairing, Butch Cassidy & The Sundance Kid.

Matthew Specktor’s passionate, lyric meditation turns The Sting on its head, on its side, and right-side-up in an effort to unpack the film’s giddy complexity and secret, melancholic heart. Working off interviews with screenwriter David S. Ward and producer Tony Bill, and tacking from nuanced interpretation of its arching moods and themes to gimlet-eyed observation of its dizzying sleights-of-hand, Specktor opens The Sting up to disclose the subtle and stunning dimensions—sexual, political, and aesthetic—of Hill’s best film. Through Specktor’s lens, The Sting reveals itself as both an enduring human drama and a meditation on art-making itself, an ode to the necessary pleasure of being fooled at the movies.

Matthew Skecktor is a former film executive for Tribeca Productions and 20th Century Fox. He is the author of the novels That Summertime Sound and American Dream Machine, and his writing has appeared in various periodicals, including Open City, Five Chapters, and Salon. He lives in Los Angeles.