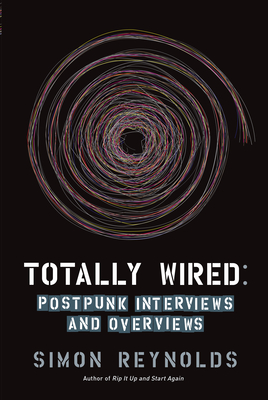 By Simon Reynolds
Email or call for price.
Special Order - Subject to Availability

Growing up in the suburbs of Boston and raised on secular Judaism, Cocoa Puffs, and Gilligan's Island, Peter Bebergal was barely in his teens when the ancient desire to finding higher spiritual meaning in the universe struck. Already schooled in mysticism by way of comic books, Dungeons & Dragons, and Carlos Castaneda, he turned to hallucinogens, convinced they would provide a path to illumination. Was this profound desire for God--a god he believed that could only be apprehended by an extreme state of altered consciousness--simply a side effect of the drugs? Or was it a deeper human longing that was manifesting itself, even on a country club golf course at the edge of a strip mall? Too Much to Dream places Bebergal's story within the cultural history of hallucinogens, American fascination with mysticism, and the complex relationship between drug addiction, popular culture, rock 'n' roll, occultism, and psychology. With a captivating foreword by Peter Coyote, and interviews with writers, artists, and psychologists such as Dennis McKenna, James Fadima, Arik Roper, Jim Woodring, and Mark Tulin, Bebergal offers a groundbreaking exploration of drugs, religion, and the craving for spirituality entrenched in America's youth.

Peter Bebergal is the co-author of The Faith Between Us. He studied religion at Brandeis and Harvard Divinity School and writes frequently on the intersection of popular culture, religion, and science as well as reviews on science fiction and fantasy. He lives in Cambridge with his wife and son. An ordained practitioner of Zen Buddhism and a politically engaged actor, Peter Coyote began his work in street theater and political organizing in San Francisco. In addition to acting in over 140 films, and working with directors such as Martin Ritt, Steven Spielberg and Roman Polanski, Coyote has won an Emmy for narrating the award-winning documentary Pacific Century. He has also narrated The West, The Dust Bowl, Prohibition, and The Roosevelts for Ken Burns. In 1993 he was awarded a Pushcart Prize for Carla's Story, published in Zyzzyva. He lives in Mill Valley, CA.