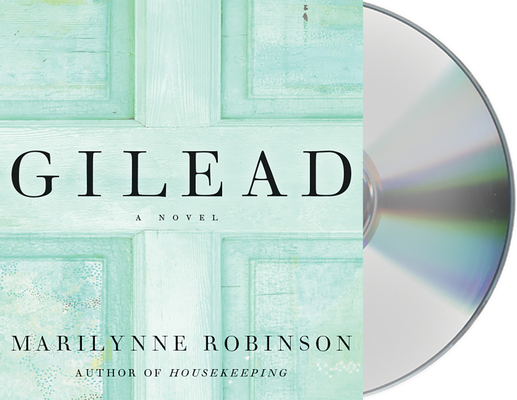 By Marilynne Robinson, Tim Jerome (Read by)
$34.95
Possibly out of print. Email or call to check availability and price.

Winner of the Pulitzer Prize and National Book Critics Circle Award, GILEAD is a hymn of praise and lamentation to the God-haunted existence that Reverend Ames loves passionately, and from which he will soon part.

Nearly 25 years after Housekeeping, Marilynne Robinson returns with an intimate tale of three generations, from the Civil War to the 20th century: a story about fathers and sons and the spiritual battles that still rage at America's heart. In the words of Kirkus, it is a novel "as big as a nation, as quiet as thought, and moving as prayer. Matchless and towering." GILEAD tells the story of America and will break your heart.

Tim Jerome has had a long career performing on and off Broadway and on the big screen. His countless stage performances include roles in Disney's Tarzan, Phantom of the Opera, Beauty and the Beast, and Cats.  He was nominated for the Drama Desk and Tony Awards for his performance in Me and My Girl.  His film credits include Streets of New York, Thirteen Days, Husbands and Wives, and Spiderman 2.  On television, Tim has had featured roles in Law and Order, Third Watch, and others.  Tim has also had a long career in radio and audio.  He has won Earphone and Audie Awards for his audiobook performances.  His many audiobook credits include narrating Marilynne Robinson's 2004 Pulitzer Prize winning novel Gilead, published by Macmillan Audio.

“There are passages here of such profound, hard-won wisdom and spiritual insight that they make your own life seem richer…Gilead [is] a quiet, deep celebration of life that you must not miss.” —Ron Charles, The Christian Science Monitor

“The long wait has been worth it… Robinson's prose is beautiful, shimmering, and precise… destined to become her second classic.” —Publishers Weekly, starred review

“There is a lot of pleasure to be had in the novel's probing, thoughtful narrative voice.” —Matt Murray, The Wall Street Journal