The Last Lawyer: The Fight to Save Death Row Inmates (Hardcover) 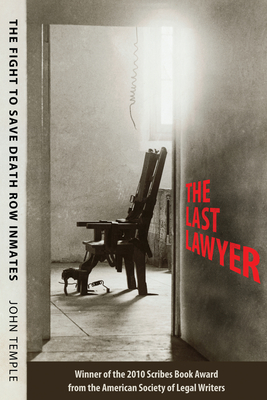 By John Temple
$40.00
Possibly out of print. Email or call to check availability and price.

The Last Lawyer is the true, inside story of how an idealistic legal genius and his diverse band of investigators and fellow attorneys fought to overturn a client's final sentence. Ken Rose has handled more capital appeals cases than almost any other attorney in the United States. The Last Lawyer chronicles Rose's decade-long defense of Bo Jones, a North Carolina farmhand convicted of a 1987 murder. Rose called this his most frustrating case in twenty-five years, and it was one that received scant attention from judges or journalists. The Jones case bares the thorniest issues surrounding capital punishment. Inadequate legal counsel, mental retardation, mental illness, and sketchy witness testimony stymied Jones's original defense. Yet for many years, Rose's advocacy gained no traction, and Bo Jones came within three days of his execution. The book follows Rose through a decade of setbacks and small triumphs as he gradually unearthed the evidence he hoped would save his client's life. At the same time, Rose also single-handedly built a nonprofit law firm that became a major force in the death penalty debate raging across the South. The Last Lawyer offers unprecedented access to the inner workings of a capital defense team. Based on four-and-a half years of behind-the-scenes reporting by a journalism professor and nonfiction author, The Last Lawyer tells the unforgettable story of a lawyer's fight for justice.

John Temple is author of Deadhouse: Life in a Coroner's Office, published by University Press of Mississippi. His book American Pain was named a Best Book of 2015 in the True Crime category by Suspense Magazine. He is associate professor of journalism at the Reed College of Media at West Virginia University. Prior to teaching, Temple was a newspaper reporter in Pittsburgh, Greensboro, and Tampa. More information about Temple and his books can be found at www.johntemplebooks.com.