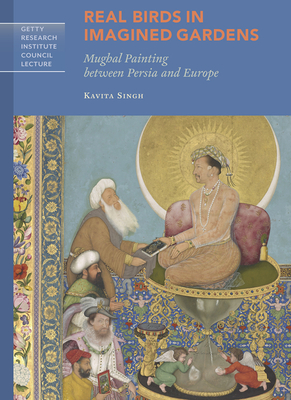 By Kavita Singh
$15.00
Possibly out of print. Email or call to check availability and price.

Accounts of paintings produced during the Mughal dynasty (1526–1857) tend to trace a linear, “evolutionary” path and assert that, as European Renaissance prints reached and influenced Mughal artists, these artists abandoned a Persianate style in favor of a European one. Kavita Singh counters these accounts by demonstrating that Mughal painting did not follow a single arc of stylistic evolution. Instead, during the reigns of the emperors Akbar and Jahangir, Mughal painting underwent repeated cycles of adoption, rejection, and revival of both Persian and European styles. Singh’s subtle and original analysis suggests that the adoption and rejection of these styles was motivated as much by aesthetic interest as by court politics. She contends that Mughal painters were purposely selective in their use of European elements. Stylistic influences from Europe informed some aspects of the paintings, including the depiction of clothing and faces, but the symbolism, allusive practices, and overall composition remained inspired by Persian poetic and painterly conventions. Closely examining magnificent paintings from the period, Singh unravels this entangled history of politics and style and proposes new ways to understand the significance of naturalism and stylization in Mughal art.

Kavita Singh is a professor at the School of Arts and Aesthetics, Jawaharlal Nehru University, New Delhi.

“Written in a lively and accessible way. . . . Singh’s book is commendable for attributing agency to Mughal artists and patrons, and for trying to understand Mughal paintings in their cultural and intellectual context.”
— Emine Fetvaci