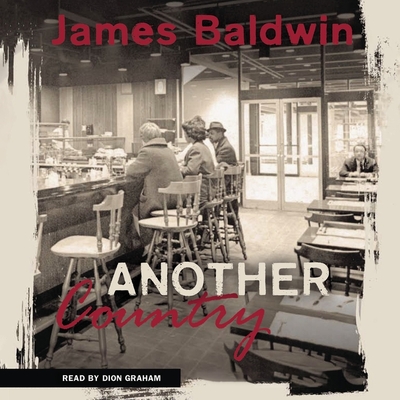 By James Baldwin, Dion Graham (Read by)
$29.95
Possibly out of print. Email or call to check availability and price.

Published in 1962, this is an emotionally intense novel of love, hatred, race, and America in the 1950s. Set in Greenwich Village, Harlem, and France, among other locales, Another Country tells the story of the suicide of jazz musician Rufus Scott and the friends who search for an understanding of his life and death, discovering uncomfortable truths about themselves along the way. It is a novel of passions--sexual, racial, political, artistic--that is stunning for its emotional intensity and haunting sensuality, depicting men and women, blacks and whites, stripped of their masks of gender and race by love and hatred at the most elemental and sublime. In a small set of friends, Baldwin imbues the best and worst intentions of liberal America in the 1950s.

James Baldwin (1924-1987) was educated in New York. He is the author of more than twenty works of fiction and nonfiction, including "Go Tell It on the Mountain, Notes of a Native Son, Another Country," and "Blues for Mister Charlie." He has received many awards including the Eugene F. Saxon Memorial Trust Award, a Rosenwald Fellowship, a Guggenheim Fellowship, a Partisan Review Fellowship, and a Ford Foundation grant. He was made a Commander of the Legion of Honor in 1986.

Dion Graham has performed on Broadway, Off-Broadway, internationally (including London's Royal National Theatre), in films, and in several hit television series. Critically acclaimed, his performances and narration have been praised as thoughtful and compelling, vivid and full of life.