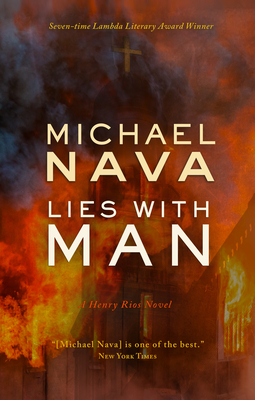 This is book number 8 in the Henry Rios Mystery series.

A group of right-wing Christians has put an initiative on the November ballot to allow health officials to force people with HIV into quarantine camps--and it looks like it's going to pass. Rios, now living in LA, agrees to be counsel for a group of young activists who call themselves QUEER Queers United to End Erasure and Repression]. QUEER claims to be committed to peaceful civil disobedience. But when one of its members is implicated in the bombing of an evangelical church that kills its pastor, who publicly supported the quarantine initiative, Rios finds himself with a client suddenly facing the death penalty.

Michael Nava is the author of an acclaimed series of eight crime novels featuring gay, Mexican-American criminal defense lawyer Henry Rios. The Rios novels have won seven Lambda Literary awards and Nava was called by The New York Times, "one of our best." In 2001, he was awarded the Publishing Triangle's Bill Whitehead Lifetime Achievement Award in LGBT Literature. A native Californian and the grandson of Mexican immigrants, he divides his time between San Francisco and Palm Springs.