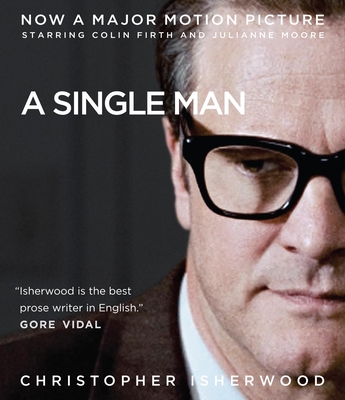 By Christopher Isherwood, Simon Prebble (Read by)
$24.95
Possibly out of print. Email or call to check availability and price.

When A Single Man was originally published, it shocked many by its frank, sympathetic, and moving portrayal of a gay man in midlife. George, the protagonist, is adjusting to life on his own after the sudden death of his partner, and determines to persist in the routines of his daily life; the course of A Single Man spans twenty-four hours in an ordinary day. An Englishman and a professor living in suburban Southern California, he is an outsider in every way, and his internal reflections and interactions with others reveal a man who loves being alive despite everyday injustices and loneliness.

CHRISTOPHER ISHERWOOD (1902-1986) lived in Berlin from 1928 to 1933 and immigrated to the United States in 1939. A major figure in 20th-century fiction and the gay rights movement, he wrote more than 20 books including the novels Prater Violet and a series of short stories, Goodbye to Berlin, that inspired the musical Cabaret.

SIMON PREBBLE, a British-born performer of considerable talent and experience, has built a successful career that spans the Atlantic. As a stage and television actor he has played in everything from soaps to Shakespeare, but it is as a veteran narrator of some 275 audio book titles that he has made his mark since coming to the U.S. in 1990. Audiofile magazine has named him a “Golden Voice” and in 2004 he was named “Narrator of the Year” by Publishers Weekly. He lives with his wife in New York.

“A lyrical narrative that humanizes [the protagonist], and this is where Prebble’s narration shines. His voice captures all of George’s loneliness . . . his frustration with his students . . . and his sometimes-awkward interactions with friends, finally culminating in a wonderfully ambiguous ending.”
—AudioFile

“Simon Prebble’s voice is a perfect conduit for Isherwood’s lyricism, and he assumes the role of George so naturally and with such raw feeling that listeners will feel as if they are hearing the words straight from the protagonist.”
—Publishers Weekly