The Nominee: A Political and Spiritual Journey (Willie Morris Books in Memoir and Biography) (Hardcover) 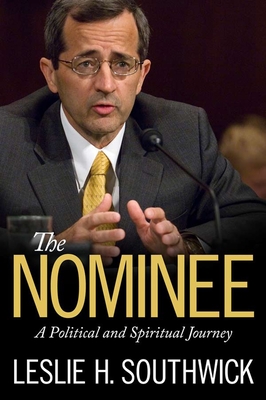 By Leslie H. Southwick
$35.00
Possibly out of print. Email or call to check availability and price.

President George W. Bush nominated Leslie H. Southwick in 2007 to the federal appeals court, Fifth Circuit, based in New Orleans. Initially, Southwick seemed a consensus nominee. Just days before his hearing, though, a progressive advocacy group distributed the results of research it had conducted on opinions of the state court on which he had served for twelve years. Two opinions Southwick had signed off on but not written became the center of the debate over the next five months. One dealt with a racial slur by a state worker, the other with a child custody battle between a father and a bisexual mother. Apparent bipartisan agreement for a quick confirmation turned into a long set of battles in the Judiciary Committee, on the floor of the Senate, and in the media. In early August, Senator Dianne Feinstein completely surprised her committee colleagues by supporting Southwick. Hers was the one Democratic vote needed to move the nomination to the full Senate. Then in late October, by a two-vote margin, he received the votes needed to end a filibuster. Confirmation followed. Southwick recounts the four years he spent at the Department of Justice, the twelve years on a state court, and his military service in Iraq while deployed with a Mississippi National Guard Brigade. During the nomination inferno Southwick maintained a diary of the many events, the conversations and emails, the joys and despairs, and quite often, the prayers and sense of peace his faith gave him--his memoir bears significant spiritual content. Throughout the struggle, Southwick learned that perspective and growth are important to all of us when making decisions, and he grew to accept his critics, regardless of outcome. In The Nominee there is no rancor, and instead the book expresses the understanding that the difficult road to success was the most helpful one for him, both as a man and as a judge.