Life Is More Beautiful Than Paradise: A Jihadist's Own Story (Paperback) 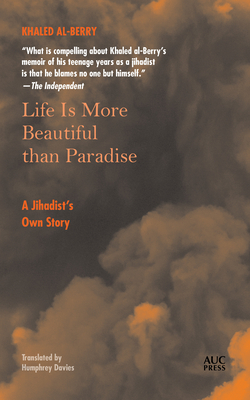 An autobiographical account of a young man's journey into extremism In 1986, when this memoir opens, Khaled al-Berry is a typical fourteen-year-old boy in Asyut in Upper Egypt. Soon, his love of soccer draws him into the orbit of members of a radical Islamist group, university students from the surrounding countryside who play the game regularly on a pitch near his home. Attracted at first by the image of the group as "strong Muslims," al-Berry's involvement develops until he finds himself deeply committed to its beliefs and implicated in its activities. This ends when, in his third year at university, he is arrested on campus by the police and thrown in jail. His experience of confinement and a return to life on the outside lead to his eventual alienation from radical Islam. Vulnerable, searingly honest, gripping, and often funny, this tale of one man's journey to the edge of radicalism and back also gives critical and intelligent insight into an Islamist movement's debates, preoccupations, motives, and intentions.