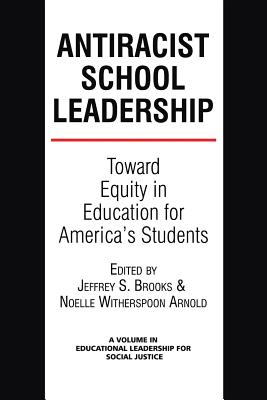 Since the passing of Brown versus Board of Education to the election of the first Black president of the United States, there has been much discussion on how far we have come as a nation on issues of race. Some continue to assert that Barack Obama's election ushered in a new era-making the US a post-racial society. But this argument is either a political contrivance, borne of ignorance or a bold-faced lie. There is no recent data on school inequities, or inequity in society for that matter, that suggests we have arrived at Dr. King's dream that his "four children will one day live in a nation where they will not be judged by the color of their skin but by the content of their character." Children today are instead still judged by the color of their skin, and this inequitable practice is manifest in today's schools for students of color in the form of: disproportionate student discipline referrals, achievement and opportunity gaps, pushout rates, overrepresentation in special education and underrepresentation in advanced coursework, among other indicators (Brooks, 2012). Though issues of race in the public education system may take an overt or covert form; racial injustice in public schools is still pervasive, complex and cumulative. For example, many students of color, year after year, do not have access to "good" teachers, experience low staff expectations, and are subject to "new and improved" forms of tracking (Brooks, Arnold & Brooks, in press). The authors in this book explore various ways that racism are manifest in the American school system. Through a plurality of perspectives, they deconstruct, challenge and reconstruct an educational leadership committed to equity and excellence for marginalized students and educators.