Kathy Fiscus: A Tragedy That Transfixed the Nation (Hardcover) 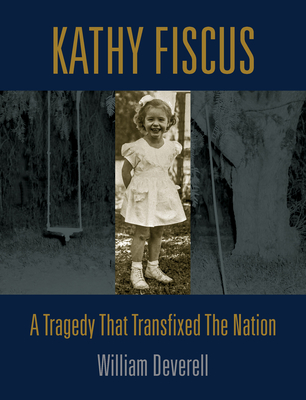 By William Deverell
$30.00
Possibly out of print. Email or call to check availability and price.

In Kathy Fiscus: A Tragedy that Transfixed the Nation historian William Deverell tells the heartbreaking story of a young girl trapped in a well--a story that transfixed the nation in what would become the first live, breaking-news TV spectacle in history.

Kathy Fiscus tells the story of the first live, breaking-news TV spectacle in American history. At dusk on a spring evening in 1949, a three-year old girl fell down an abandoned well shaft in the backyard of her family's home in Southern California. Across more than two full days of a fevered rescue attempt, the fate of Kathy Fiscus remained unknown. Thousands of concerned Southern Californians rushed to the scene. Jockeys hurried over from the nearby racetracks, offering to be sent down the well after Kathy. 20th Century Fox sent over the studio's klieg lights to illuminate the scene. Rescue workers-ditch diggers, miners, cesspool laborers, World War II veterans-dug and bored holes deep into the aquifer below, hoping to tunnel across to the old well shaft that the little girl had somehow tumbled down.

The region, the nation, and the world watched and listened to every moment of the rescue attempt by way of radio, newsreel footage, and wire service reporting. They also watched live television. Because of the well's proximity to the radio towers on nearby Mount Wilson, the rescue attempt because the first breaking-news event to be broadcast live on television. The Kathy Fiscus event invented reality television and proved that real-time television news broadcasting could work and could transfix the public.

William Deverell is professor of history and director of the Huntington-USC Institute on California and the West at the University of Southern California. He is the author of numerous studies of the nineteenth- and twentieth-century American West, including Whitewashed Adobe: The Rise of Los Angeles and the Remaking of Its Mexican Past.