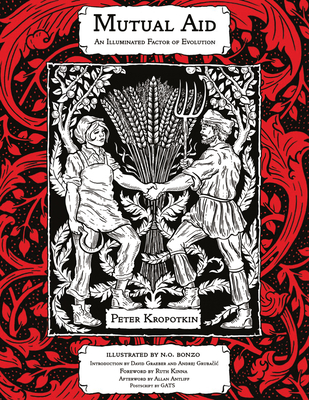 Kropotkin’s most famous work, re-released here on the eve of its 100th anniversary. For those unfamiliar, Kropotkin was a Russian aristocrat who gave up his birthright and became one of the most important godfathers of modern anarchist thought. Mutual Aid was a direct attack on Social Darwinism by dismantling the cliche of “survival of the fittest” and replacing it with the much more accurate concept of “mutual aid as a factor in evolution.” To this day, Mutual Aid continues to be validated by each new breakthrough in our understanding of how the evolution of species actually works. This gifty volume is illustrated and includes an introduction by David Graeber.